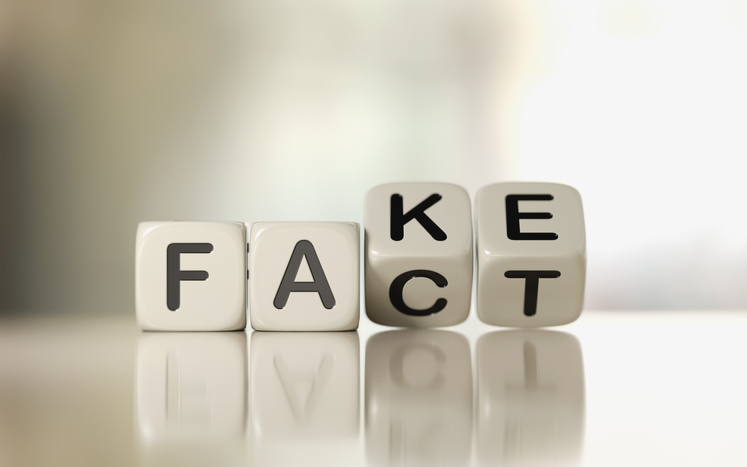 How Fake News Has Forced Some Changes in Advertising

The term “fake news” is so ubiquitous that it’s almost had a tendency to lose its levity. That in and of itself is dangerous, not just as advertisers but as Americans. Just last week, a video featuring House Speaker Nancy Pelosi surfaced that appeared to show her slurring her words as if she were drunk. It was shared millions of times before being exposed for being distorted. The video was slowed down to have that effect. This isn’t the first time and surely won’t be the last that something like this will happen for political gain, especially with the next election coming in hot.

Politicians and voters need to pay attention, of course, but advertisers have an even bigger responsibility to do so. A recent report found that 64 percent of consumers are more likely to buy a product from a brand they perceive as trustworthy. Conversely, 59 percent of consumers would stop buying from a brand that produced or shared fake content, even if it was a brand they loved. In other words, one wrong move – knowingly or unknowingly – and clients could be put on a boycott list.

What’s intriguing to note is the utter revolt that took place against Pepsi after they aired that tone deaf ad featuring Kendall Jenner as a sort of Black Lives Matter satire without meaning to be satire. Dove also came under fire for turning a black woman into a white woman in one of their ads (seriously – who approved this?). With outrage like this, you’d think fake news wouldn’t fly but that’s what’s so scary about it. It’s often so subtle that it’s really hard to distinguish it from real news.

Even when the truth comes out, the damage has often been done, and this can have cause irreparable harm to brands. For example, the parent company for Kay Jewelers, Jared, and Zales – Signet Jewelers Ltd. – sparked outrage during a Buzzfeed investigation that claimed it swapped its diamonds for fakes ones. By the time the jewelry company was able to clear its name and dispute these claims, its stock had fallen 3.7 percent.

Unless you’ve been caught under a rock for the last year or two, you know that Facebook has been hit hard by the fake news phenomenon. Zuck even had to go to court to answer questions about when the social media juggernaut discovered this and what they’ve done to curtail it.

The thing about social media and Facebook, in particular, is that these mediums are all about emotional connections. In fact, as advertisers, we know that content that hits readers in “the feels” is more likely to get forwarded. And because these exaggerated and fake articles played right into the emotions of the readers, many of us fell prey to forwarding false information. And because sites like Google and Facebook have algorithms that predict what people want to see, some of us became essentially shielded from what was happening in reality. In other words, it was Gaslighting 101.

The truly unfortunate part for those of us in advertising is that fake news sites tap into revenue that would otherwise go to trustworthy outlets. And while there were other more devious reasons for the ads – like fixing our last election – those that create these fake ads are simply creating them to make money.

Does the fake news controversy mean we shouldn’t advertise on Facebook anymore? Absolutely not. Not only has the company implemented safeguards meant to prevent fake news, but there are also ways we can advertise on the medium while still protecting  ourselves and our clients. We can make sure the content we promote is organic instead of coming across as overly promotional. This is probably the biggest reason we are seeing more company/consumer interactions in the comments sections as well as more user generated content than ever before. In fact, these ads are often so authentic, they often don’t look like ads at all. So maybe the fake news hysteria had a happy ending after all? Most advertisers probably wouldn’t go that far, but it has made it so that we are more careful than ever about where we help our clients place their ads.

The Future of Fake News

As we gear up for the next election, it’s unfortunate but highly unlikely that fake news will be banished for good. Thankfully, the end user is much more likely to consider the source before forwarding any information on, and that’s never a bad thing. As advertisers, we just have to hope that these savvy online users and consumers will be able to discern real from fake news and, when in doubt, will take the time to confirm. It’s likely that spotting fake news will become second nature down the line, but for now caution is the word of the day. And as advertisers, the last thing we want anyone to do is to start disregarding ads altogether, so creating refreshing, trustworthy, and organic content is more crucial than it’s ever been before.

Want to create an authentic ad campaign for your company? Contact our team of digital advertising specialists today.